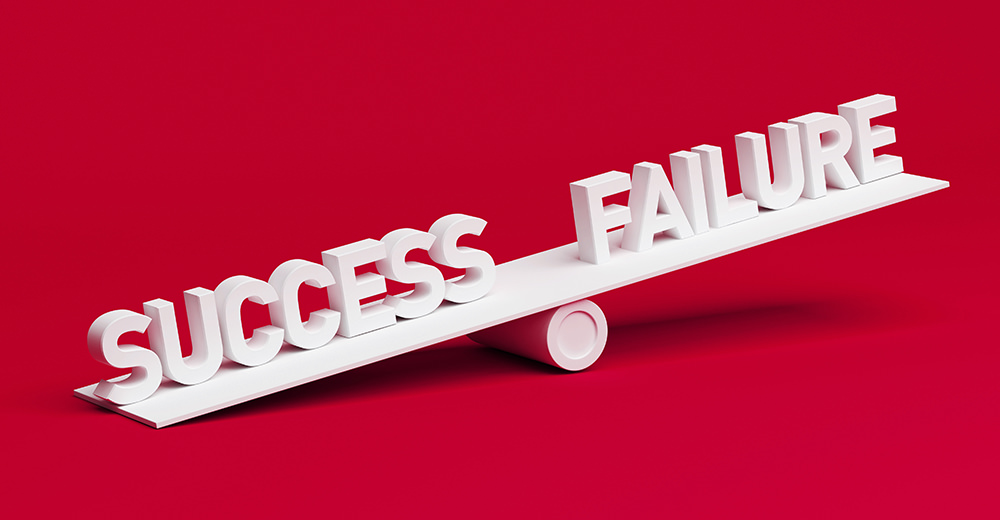 In life, we often have to kiss many frogs before we are able to find our prince charming.

You will probably have heard of no inventor who ever took his education seriously. In India, we are required to take about three to four examinations every year until we get certified degrees from college that we can flaunt to everybody. Failing college, or dropping out of school is not a familiar or a well-received concept. In fact, it’s a testimonial to your job-unworthiness.

However there are numerous examples of successful inventors who fail not once but multiple time before they make a discovery of a lifetime. When you fail, you get to learn what it takes to success. You learn how NOT to do certain things and try alternative means at problem-solving.

Yet, not every organization appears to understand this. There are very few, like Google who challenge their employees to suggest the craziest idea and them access to all the tools and technology to make the crazy idea come alive! Creative freedom of this nature is necessary to make ideas work.

Remember there was one:
– Stephen Hawking, whose doctors gave him to understand that he has just two years to live after being diagnosed with ALS. Yet, he went on to become the greatest theoretical physicist alive!
– Martin Luther King Jr, who through his non-violent, civil disobedience won the love of the people who had hated him all his adult life!
– Helen Keller, who changed the world through her activism, inspite of being visually and auditory impaired!

In life, we often have to kiss many frogs before we are able to find our prince charming. Gradually the number of frogs that need to be kissed start falling down. Yet, the search continues for the perfect one.

Falling doesn’t necessarily denote failure. It’s the refusal to dust yourself up that could be considered failure. Failure is not willing to turn an unsuccessful attempt into a learning experience. To my mind, both success and failure are creative enterprises.  While failure reflects creativity of a bad kind, success is what you are actually capable of. Producing many failures implies that you would soon be producing many successes.

Eli Lilly, an American pharmaceutical company, headquartered in Indianapolis, Indiana was once engaged with a chemotherapy drug known as Alimta. When it led to three consecutive deaths, the clinical trials had to be stalled. Although the drug was capable of reversing the growth of tumor, the way the experiment went, appeared like a fatal blow to the inventor’s career. Paolo Paoletti, the doctor at Lilly who was in charge of running these trials, had to literally beg for two more weeks to save her work from going down the drain.

Guess what was the outcome? Alimta today is regarded as the world’s first an approved treatment for mesothelioma, which is a rare form of cancer. To convert the initial failure episodes into successful runs, Eli Lilly & Co held what came to be known as “failure parties.” The objective of the exercise was to honor these ‘unsung’ experiments. The get-togethers boasted clinician’s morale and helped in redeploying the limited resources and re-aligning scientists to different projects to break silos in a cost-effective manner.

The way you visualize and respond to failure may not change immediately. So what you need is to recognize its symptoms and think of ways you need to respond to it.